The distillation time for about 50 ml is about 4 min.

Particularities:
The samples are presented in a Dewar glass vessel. The DEWAR has a double glass wall with a vacuum between. So the vessel keeps cool outsdie. You have the possiblility to remove the vessel from the apparatus immediately after distillation: The risk of burns is minimized

The condensation of the distillate takes place in a combined ball-snake cooler.

Advantage: distillate condenses quickly on the first two cooling water glass spheres. Thereafter, the condensate is passed slowly over a snake cooler, which ensures a good cooling of the distillate. 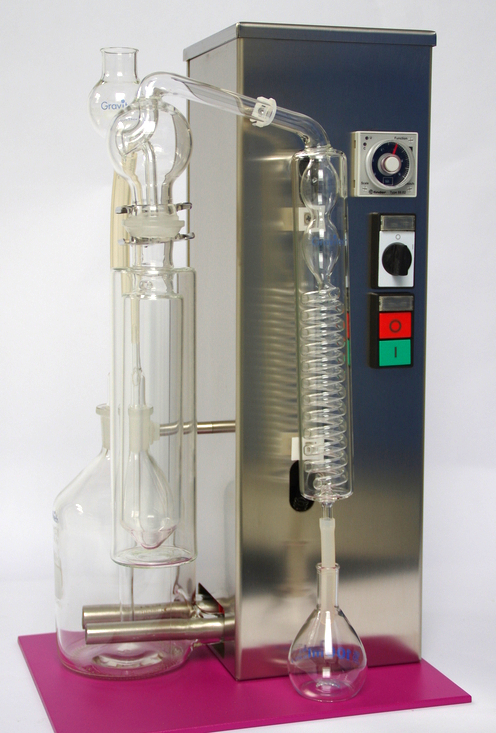